The Month in Luxury - A Review of September 2022

We use a combination of search (WeChat, Weibo, and Baidu) and social media content engagement (WeChat, Weibo, XiaoHongShu and Douyin) for both Brand Generated and User Generated content, all for over 170 luxury brands in China to create our Brand Heat Index.

It measures brands that have caused a stir in the past month and a brief overview of how they drove interest and excitement from consumers. We show here the top 5 risers in brand heat for the month of September (vs. August)

In September, Moncler announced its first-ever global spokesperson 王一博 (singer and actor), triggering abuzz across social media. In light of Moncler’s 70th anniversary “Extraordinary Forever” campaign, 王一博 showcased the “Moncler Maya 70” down jacket collection, in hand with Platon, a world-renowned portrait photographer. The collection is also heavily featured in Moncler’s T-Mall Super Brand Day since 8 October. All the items came with a special anniversary badge. Fans were invited to participate in a luck draw for the same jacket 王一博 wore. Globally, the 70 anniversary celebration was kicked off by an epic show at Milan’s Piazza del Duomo, which attracted even more celebrities such as Anne Hathaway and 那英. Additionally, Moncler’s environmentally friendly “Born to Protect” campaigns continued. Last but not least, Moncler also released the “2 Moncler 1952 Man“ Collection in September, which featured vibrant colours and was inspired by British club culture. Part of this collection resulted from the collaboration between Moncler and Barbour, as well as between Moncler and Clarks Originals.

TAG Heuer also announced in September a new brand spokesperson, 蔡徐坤 (singer and actor), whose first campaign was dedicated to the“Monaco” collection including the special edition “Dark Lord” watch. The collection was also featured during TAG Heuer’s TMall New Arrival Day between 22nd and 30th September. TAG Heuer also added some new watches to its other collections: To honour the 50-year birthday of Porsche’s legendary 911 Carrera RS 2.7, the limited-edition two-colourway Porsche RS 2.7 timepieces were launched and added to the Carrera collection; Inspired by the ongoing 2022 Formula One World Championship, three bright racing hues were added to the brand’s F1 collection.‍

“Gucci Twinsburg” fashion show for 2023 SS Collection in Milan was on, where items were presented by 68 “twins” of models. Chinese customers were invited to join its livestream by brand spokesperson 肖战 and celebrities 宋妍霏, 李宛妲. The “Exquisite Gucci” campaign was ongoing, with bags from collections GG Matelassé, Gucci 1955 and Gucci Blondie featured in a visual narrative co-produced by Gucci and VOGUE, and with the Exquisite Gucci collection presented by brand spokesperson 鹿晗 in L’ OFFICIEL China. More creative pieces from the collection were launched during 2022 Milan Fashion Week and were presented in a short film to tribute Stanley Kubrick. The “Gucci Beloved” campaign was also ongoing. 1st chapter of “Mind Travelers” was dedicated to the Gucci 1955 bags with brand spokesperson 李宇春 and others including 项偞婧, 杨好, while the 2 chapter was dedicated to the Gucci Dionysus bags with刘雯, 吴孟珂, 殷桃. More news on Gucci: The North Face x Gucci collection returned with a 3 chapter, featuring adventure gear with a signature multi-coloured logo on sweatsuits, hats, backpacks, and hiking boots; An eyewear campaign was launched in hand with Billie Eilish; “Gucci Valigeria” campaign was launched with “Savoy”suitcase collection and was presented by Ryan Gosling. 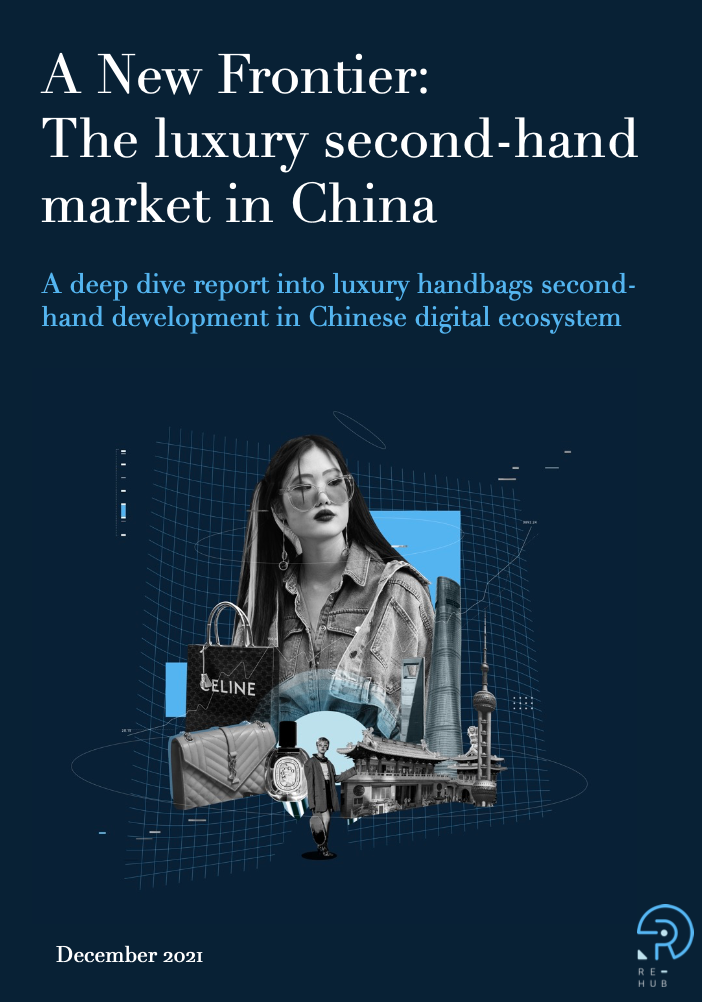 LANVIN - The Brand that Won October

Lanvin has topped the overall luxury brand rankings in China during October with a well-orchestrated strategy - including the announcement of ChengYi as the brand’s spokesperson- that culminated in a solid performance during Double 11 Festival.
LUXURY INSIGHTS

The Month in Luxury is a roundup of the digital activity across the luxury market in China. We analyze luxury brands across multiple digital channels to bring top performers from both a brand and a product perspective.
LUXURY INSIGHTS

DeWu (得物) / Poizon, an ecommerce platform originally for sneakerheads, is becoming a popular a destination for GenZ consumers in China to discover and buy luxury products. While their consumer base profile aroused the interest of luxury brands, the presence of heavily discounted products also brings some concerns on brand image and cannibalization to direct channels. In our initial analysis of luxury products on DeWu, we look at the performance of 4 luxury sneakers (Balenciaga, Gucci, Saint-Laurent and Burberry) compared to their TMall flagship stores.
LUXURY INSIGHTS

We monitor and analyze over 170 luxury and premium brands across multiple digital channels in China. All information provided in this article is extracted from Re-Hub COMPASS, a proprietary AI-powered Insights-as-a-Service platform.
E-Commerce

China is an exceptional market, where thanks to both demand(digitally-native consumers) and supply(Tmall LuxuryPavillion) its possible to sell Ultra-Luxury, the most expensive luxury items online.

Enter your email and get the latest Asia digital disruption insights, news & interviews.
Thank you! Your submission has been received!
Oops! Something went wrong while submitting the form.
Shanghai
Unit 3A, Building 19, 322 Jiaozhou Road
Jingan District, Shanghai